You are here: Home» News

Having taken the pup as a service fee for a litter, Seven was by dog Pud’s Cruiser out of Dave Sweatman’s bitch Sunraysia Clarie.

Glencairn Seven is a male kelpie, black & tan 2yrs 3months, described by owner as a ‘strong dog, backs and barks on command.  Works paddock & yard, small and large mobs.  Can work individually and in a team.  Will suit station work as he has a big heart and goes all day’

The previous record price at the Casterton auction stood at $12,000 until Ian O’Connell of Strathkellar sold his 35 month-old bitch Lessi Sally for $16,500, this record only lasted 8 minutes until Christian took the stage.

Seven will remain in the Western District to an undisclosed buyer.

Paul MacPhail from Welshpool broke the record for the sale of a young pup, Bloke with $5,800. A male red and tan 16 weeks, a beautiful strong friendly pup, expected to be a good mustering and yard worker on sheep & cattle, performed well prior to auction in demonstration. 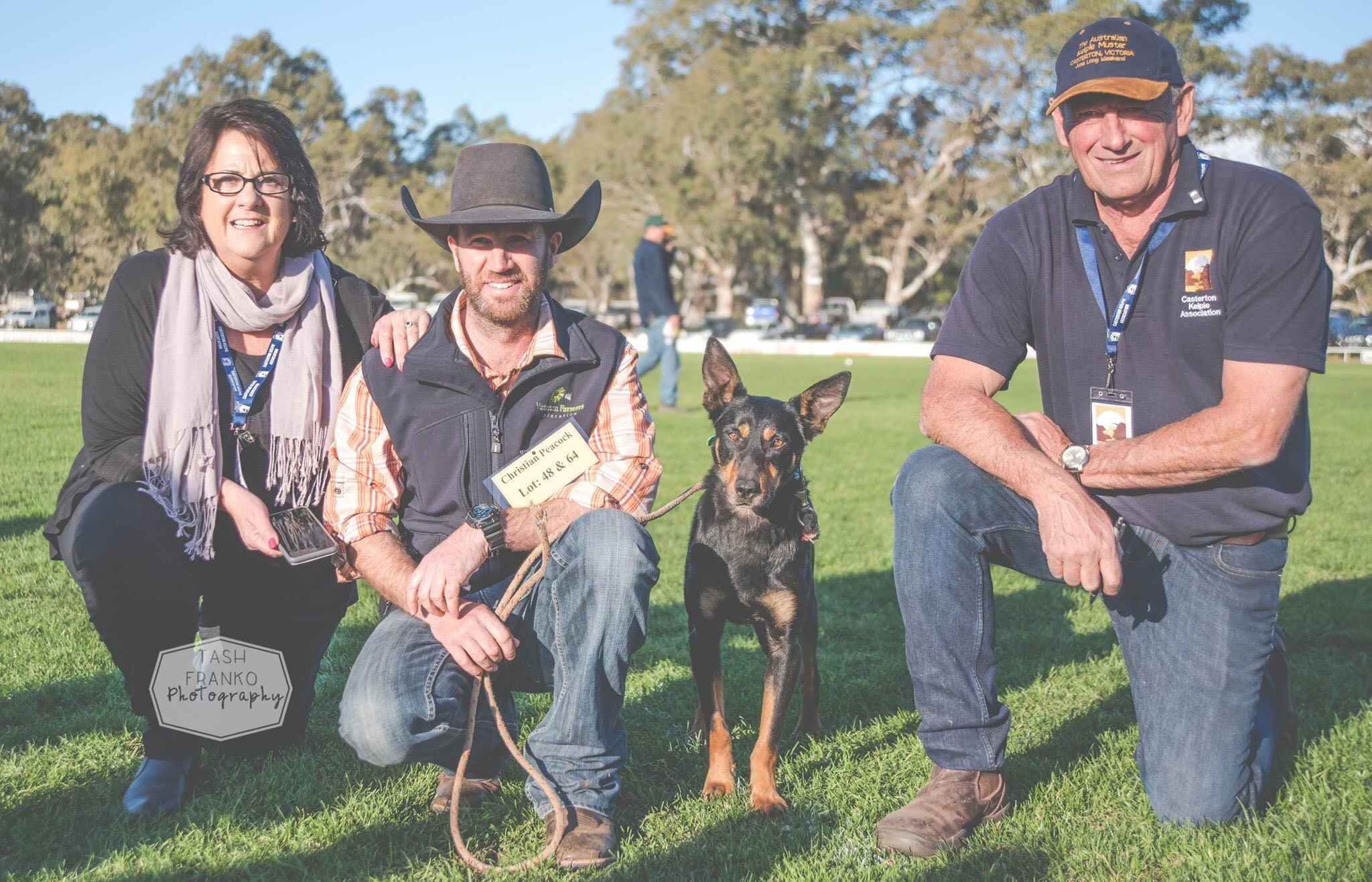